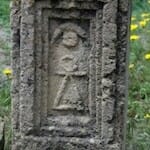 In the run-up to the publication of Masters of Command on Tuesday, I’ll ask each of the book’s three masters for the lessons of his leadership. Yesterday I interviewed the ghost of Alexander the Great. Today I speak to the shade of Hannibal.

Good morning, Son of Hamilcar. What makes you a greater leader than Alexander or Julius Caesar?

“Both Alexander and Caesar suffered mutinies. I did not, although I subjected my men to many hardships during 15 years in Italy. They were a multi-ethnic group, made of Africans, Iberians, Celts, and various Italians, with little to hold them together, but I kept them going. I know how to make men follow my lead.”

But you also led them to the fleshpots of Capua, O Judge of Carthage.

Was it discipline that won the battle of Cannae?

“Yes. And courage. And cunning. No one ever won a victory like Cannae, not Alexander or Caesar. It was the greatest triumph of ancient arms.”

Why, then, O Adherent of Hercules, did you lose the war against Rome? Neither Alexander nor Caesar failed as you did.

“Alexander didn’t have to fight the Romans. Caesar did, of course, but not in the most mature and stable phase of their Republic’s history. When Alexander attacked Persia it had its best years behind it. The same was true of Pompey when Caesar attacked him. Neither of them would have had more success against the Roman Republic at its height than I did.”

Why then, O Advocate of Melqart, did you go to war in the first place? Wasn’t it irresponsible?

“Not at all. Rome forced us into war. They tested us by backing Saguntum [a powerful Spanish city] in its quarrel with us. If we had backed down the Spanish tribes would have lost respect for us and revolted. That would have cost Carthage its empire. We had no choice but to resist. Rome declared war on us.

“My plan offered Carthage its best chance for victory. And it nearly worked. It shook Rome to its core. Eleven years after I invaded Italy, Rome tottered at the news that my brother Hasdrubal was on his way with reinforcements. If a malevolent deity hadn’t let the Romans capture my instructions, Hasdrubal’s forces would have joined mine on the road to victory. Instead, the Romans isolated Hasdrubal and crushed him.”

Why didn’t you march on Rome after Cannae when you had the chance?

“Maharbal said it best: the gods do not give all their gifts to the same man. They taught me how to win a victory but not how to make use of it.”

Doesn’t failure discount you as a master of command, O Subjugator of Spain?

“Only if failure discounts Schubert for leaving the Unfinished Symphony, Clausewitz for not revising his masterpiece, On War, or Thucydides for never taking the story of the Peloponnesian War to the end.”

Would you have done better if your home government had sent you more support?

“What do you think?”

What did you bring to the art of war that Alexander or Caesar lacked, o Admiral of the Alps?

“Cunning. Alexander and Caesar surprised the enemy from time to time but I was always quicksilver.”

What about the elephants?

“Consider them my gift to Hollywood.”

What should we make of your post-Punic-War career, o Oracle of Ephesus?

“I fought only one war and it lasted my whole life — the Roman War. The kings of the East knew that, and that’s why they chose me as a consultant. Before Rome exiled me as Carthage, I excelled as an administrator and put the city on a new and firmer financial footing. Neither Caesar nor Alexander had that talent.”

“Surprise attacks on the homeland are still a part of war today. If you want to understand the world since 9-11, study me.”