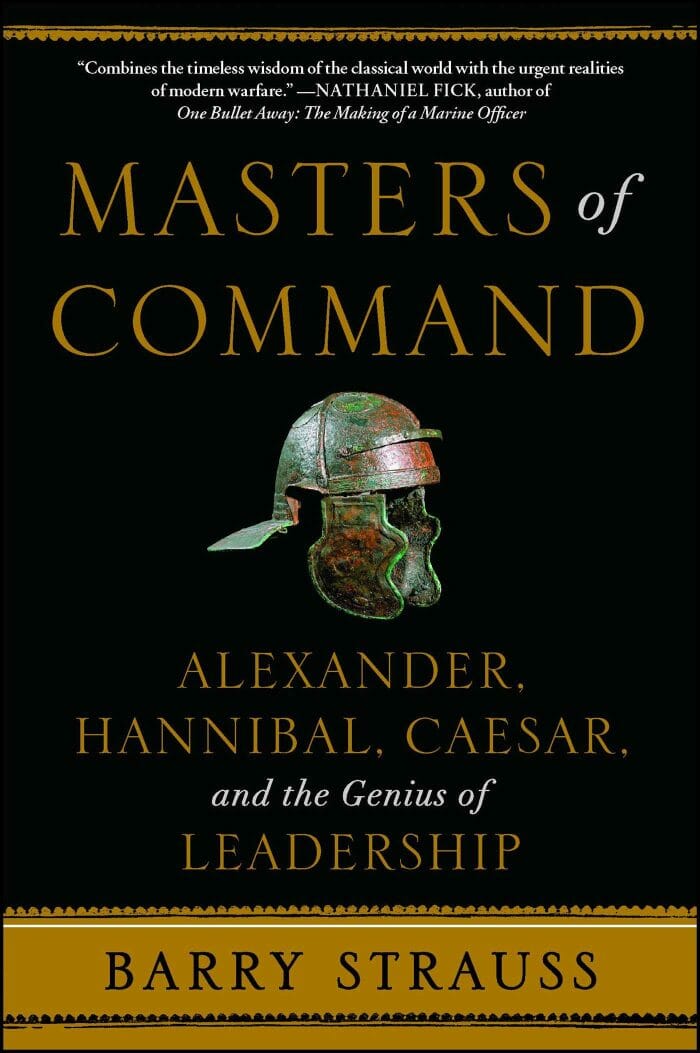 About Masters of Command

In Masters of Command, Barry Strauss compares the way the three greatest generals of the ancient world waged war and draws lessons from their experiences that apply on and off the battlefield.

Alexander, Hannibal, Caesar—each was a master of war. Each had to look beyond the battlefield to decide whom to fight, when, and why; to know what victory was and when to end the war; to determine how to bring stability to the lands he conquered. Each general had to be a battlefield tactician and more: a statesman, a strategist, a leader.

Tactics change, weapons change, but war itself remains much the same throughout the centuries, and a great warrior must know how to define success. Understanding where each of these three great (but flawed) commanders succeeded and failed can serve anyone who wants to think strategically or who has to demonstrate leadership. In Masters of Command Barry Strauss explains the qualities these great generals shared, the keys to their success, from ambition and judgment to leadership itself.

"Barry Strauss has done it again: Masters of Command combines the timeless wisdom of the classical world with the urgent realities of modern warfare. This is a stunning handbook to leadership—both on and off the battlefield."
Nathaniel Fick, author of One Bullet Away: The Making of a Marine Officer

"Barry Strauss has no superior and few counterparts as a scholar of ancient military history and a student of war."
Dennis Showalter, former president, Society for Military History

"Barry Strauss has written a riveting, fast-paced, penetrating volume around three powerful war leaders – Alexander the Great, Hannibal and Caesar. While other classicists draw on ancient philosophers for lessons on the life well lived, Professor Strauss looks to men of action and determination for lessons on leadership and strategy. It’s a great read, packed with terrific insights."
Karl Rove

"Alexander, Hannibal, and Caesar—this is a book on leadership like no other. A rare combination of stirring dialogue, masterful ancient scholarship and sage advice—both lessons and warnings. Just as Asian corporate planners read Sun Tzu, Western entrepreneurs and strategic thinkers will want to read Masters of Command."
Robert L. O’Connell, author of The Ghosts of Cannae: Hannibal and the Darkest Hour of the Roman Republic

"With Masters of Command, Barry Strauss further establishes himself as one of our premier historians of the classical world. Steeped in ancient learning and gifted with a clear, accessible writing style, he is able to shed new light on three of the most famous generals in history: Alexander, Hannibal and Caesar, teasing out fresh meaning and original insights from their epic tales of conquest and failure. There are lessons here not only for budding military strategists but also for ‘great captains’ of the boardroom. . . . A crackling good read."
Max Boot, Jeane J. Kirkpatrick Senior Fellow for National Security Studies, The Council on Foreign Relations, and author of War Made New: Technology, Warfare, and the Course of History: 1500 to Today