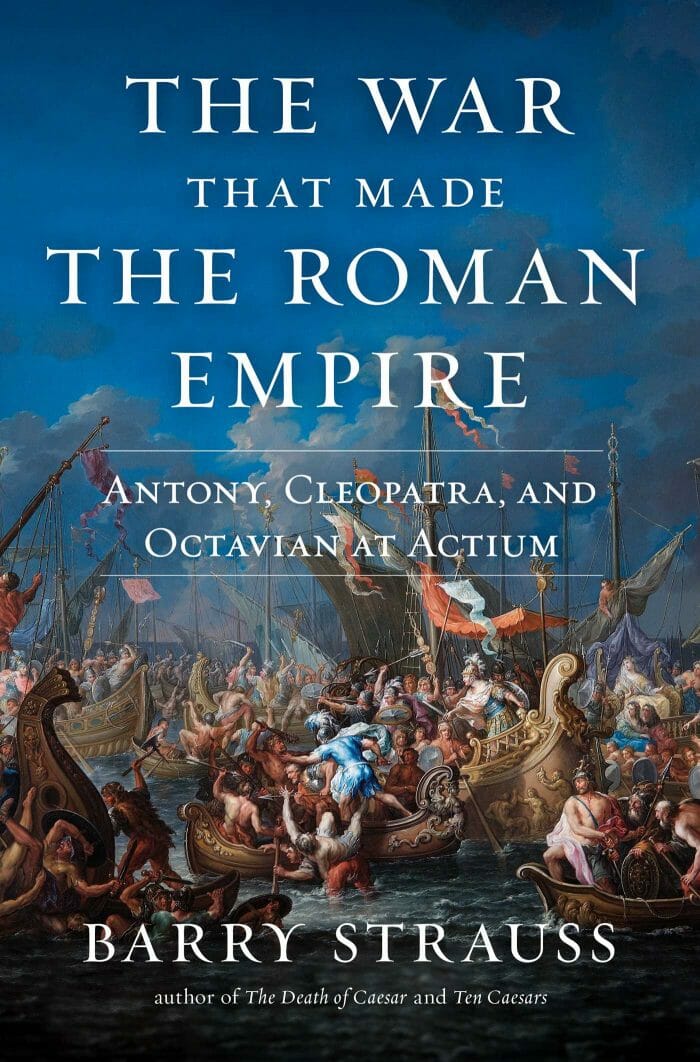 About The War that Made the Roman Empire

Following Caesar’s assassination and Mark Antony’s defeat of the conspirators who killed Caesar, two powerful men remained in Rome—Antony and Caesar’s chosen heir, young Octavian, the future Augustus. When Antony fell in love with the most powerful woman in the world, Egypt’s ruler Cleopatra, and thwarted Octavian’s ambition to rule the empire, another civil war broke out.

In 31 B.C., one of the largest naval battles in the ancient world took place—more than 600 ships, almost 200,000 men, and one woman—the Battle of Actium. Octavian prevailed and subsequently defeated Antony and Cleopatra, who eventually committed suicide.

The Battle of Actium had great consequences for the empire. Had Antony and Cleopatra won, the empire’s capital might have moved from Rome to Alexandria, Cleopatra’s capital, and Latin might have become the empire’s second language after Greek, which was spoken throughout the eastern Mediterranean, including Egypt.

In this riveting and exciting history, Barry Strauss, ancient history authority, describes this consequential battle with the drama and expertise that it deserves. The War That Made the Roman Empire is essential history that features three of the greatest figures of the ancient world.

"Barry Strauss … has the rare ability to bring ancient history to life in a way that is both profoundly learned and highly readable."
Andrew Roberts, National Review

"The victory at Actium, Mr. Strauss argues in this splendid book, allowed Augustus to build an empire that lasted for nearly 500 years. The price was the destruction of the man who dared to oppose him, along with the woman for whom he had risked everything."
Arthur Herman, The Wall Street Journal

"Actium was one of the most important battles in history, and Barry Strauss brings this stunning maritime collision vividly to life."
Admiral James Stavridis, USN (Ret) 16th Supreme Allied Commander at NATO and author of Sea Power: The History and Geopolitics of the World's Oceans

"A masterfully woven history of the Battle of Actium. … [Barry Strauss] is currently the profession’s most gifted and accomplished classicist in making accessible to general readers the mesmerizing world of Greece and Rome."
Victor Davis Hanson, Real Clear Books

"A grandiose love affair, doomed lovers, a trio of titanic rivals, deadly political intrigue, culminating in a seismic battle at sea—historian Barry Strauss is the perfect narrator for this epic episode in ancient empire-building."
Adrienne Mayor, author of Gods and Robots: Myths, Machines, and Ancient Dreams of Technology