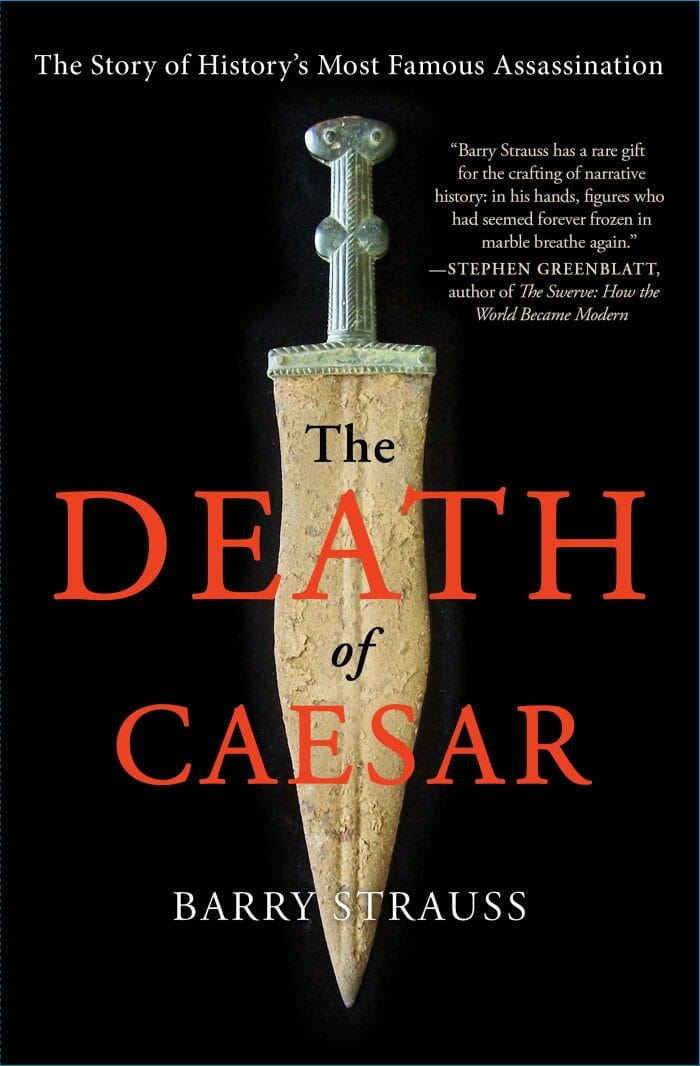 About The Death of Caesar

Thanks to William Shakespeare, the death of Julius Caesar is the most famous assassination in history. But what actually happened on March 15, 44 BC is even more gripping than Shakespeare’s play. In this thrilling new book, Barry Strauss tells the real story.

Shakespeare shows Caesar’s assassination to be an amateur and idealistic affair. The real killing, however, was a carefully planned paramilitary operation, a generals’ plot, put together by Caesar’s disaffected officers and designed with precision. There were even gladiators on hand to protect the assassins from vengeance by Caesar’s friends. Brutus and Cassius were indeed key players, as Shakespeare has it, but they had the help of a third man—Decimus. He was the mole in Caesar’s entourage, one of Caesar’s leading generals, and a lifelong friend. It was he, not Brutus, who truly betrayed Caesar.

Caesar’s assassins saw him as a military dictator who wanted to be king. He threatened a permanent change in the Roman way of life and the power of senators. The assassins rallied support among the common people, but they underestimated Caesar’s soldiers, who flooded Rome. The assassins were vanquished; their beloved Republic became the Roman Empire.

Strauss deploys his sources judiciously: he explains their biases and blind spots and when and how they disagree … Although he’s an academic, Strauss has, like Caesar, the common touch: he conveys the complexity of late republican Roman politics while keeping up a lively pace … He’s also a deft portraitist. Roman history can read like an endless parade of marble statues, but in The Death of Caesar, the players are all vibrant individuals, and none more so than Caesar himself.
TIME Magazine, March 16, 2015

The last bloody day of the Republic has never been painted so brilliantly.
Greg Woolf, The Wall Street Journal

Strauss’s account of the world’s most famous assassination is as thrilling as any novel.
Robert Harris, best-selling author

Last Sunday was the Ides of March, the anniversary of the day when Julius Caesar was murdered in the Roman forum, 2059 years ago. This week’s book is a new history of that episode, “The Death of Caesar, the Story of History’s Most Famous Assassination.” The author, Barry Strauss, is the classics professor at Cornell and knows his stuff, but he presents the story in simple elusive prose. There’s too much set up. So, stay with it for the first 50 pages, and then it turns into a fascinating murder mystery with some nice twists and turns, and sheds light on one of history’s great tragedies, the fall of the Roman republic.
Fareed Zakaria, CNN

…the American Barry Strauss provides a refreshingly different perspective on the death of Caesar. … That Strauss makes a passionately written story out of a dizzying set of sources is not the least achievement of his book.
Berthold Seewald, Die Welt

An excellent book…Although “The Death of Caesar” deals with events long past, today’s politicians might want to heed the warning: Beware breaking the rules and ignoring the public — not just on the ides of March but throughout the year.
Christopher Harper, the Washington Times

Strauss then goes on to give one of the most riveting hour-by-hour accounts of Caesar’s final day I have read, perfectly capturing those tantalising twists and turns of fate that continued up to the very last moments of Caesar’s life.” and “an absolutely marvellous read.
Catherine Nixey, The Times of London

The superb storytelling of Barry Strauss shows that the details of history’s most famous assassination are just as fascinating as why it happened.
Scott Manning, The Philadelphia Inquirer

You know how it ends, but this treatment keeps you on the edge of your seat.
Mona Charen, The Week