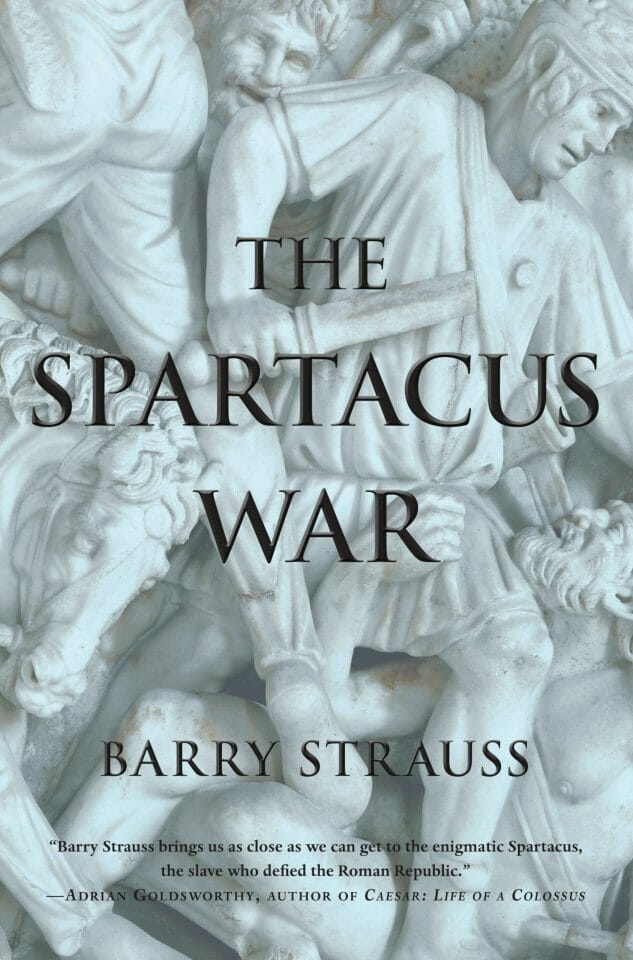 About The Spartacus War

An authoritative account from an expert author: The Spartacus War is the first popular history of the revolt in English.

The Spartacus War is the extraordinary story of the most famous slave rebellion in the ancient world, the fascinating true story behind a legend that has been the inspiration for novelists, filmmakers, and revolutionaries for 2,000 years. Starting with only seventy-four men, a gladiator named Spartacus incited a rebellion that threatened Rome itself. With his fellow gladiators, Spartacus built an army of 60,000 soldiers and controlled the southern Italian countryside. A charismatic leader, he used religion to win support. An ex-soldier in the Roman army, Spartacus excelled in combat. He defeated nine Roman armies and kept Rome at bay for two years before he was defeated. After his final battle, 6,000 of his followers were captured and crucified along Rome's main southern highway.

The Spartacus War is the dramatic and factual account of one of history's great rebellions. Spartacus was beaten by a Roman general, Crassus, who had learned how to defeat an insurgency. But the rebels were partly to blame for their failure. Their army was large and often undisciplined; the many ethnic groups within it frequently quarreled over leadership. No single leader, not even Spartacus, could keep them all in line. And when faced with a choice between escaping to freedom and looting, the rebels chose wealth over liberty, risking an eventual confrontation with Rome's most powerful forces.

The result of years of research, The Spartacus War is based not only on written documents but also on archaeological evidence, historical reconstruction, and the author's extensive travels in the Italian countryside that Spartacus once conquered.

A Favorite Book of 2009, Books and Culture

"No one presents the military history of the ancient world with greater insight and panache than Strauss…[A] brisk, engrossing account."
Publishers Weekly

"[The Spartacus War] has all the excitement of a thriller. . . .  The account of what it meant to be a gladiator, of the tactics required to be victorious and of the agony of defeat is particularly adrenaline-fueled. Spartacus’s death—not on a cross, as in Stanley Kubrick’s 1960 movie, but charging the Roman general who led the campaign against him—comes as a worthy climax to an epic that never once relaxes its tension."
Tom Holland, The Washington Post

"His efforts to portray the political and social milieu of Italy during the late Republic are superbly done. Strauss sees Spartacus as a brave and charismatic leader who was limited by some personal shortcomings."
Booklist

"This is a colourful and thrilling account that deserves the widest possible readership."
Christopher Silvester, Daily Express (UK)

"This absorbing story is told in the most enthralling way and the reader, either specialist or amateur, will be unable to put the book down without reaching the end—and they’ll reach the end fast."
BBC History Magazine (UK)