“A great leader has the heart of a visionary and the hands of a manager.”

Barry Strauss speaks frequently around the country and has addressed audiences in a wide variety of corporate, institutional, and educational settings from America’s premier venues to Universities.

Barry is also listed with the following speaker bureaus:

For more information on booking Barry as a speaker contact: [email protected].

Upcoming Speeches
Thursday, September 7, 12:15pm
Judith Reppy Institute for Peace and Conflict Studies
Uris Hall G-08, Cornell University
How The Romans Learned To Love Peace Without It Loving Them Back

Testimonials
“Barry is a superb communicator. His style was honed by a long career as a star university teacher. His courses at Cornell are justly famous. In every talk he gives, Strauss combines deep thought and careful analysis with a highly accessible and dynamic speaking style.” Josiah Ober, Professor of Political Science and of Classics at Stanford University.

“There is an energetic attitude that infuses Barry’s presentations with a palpable sense of enthusiasm for his subjects — a sentiment that is instantly reciprocated by the audience. His ability to establish such rapport is truly extraordinary.” William B. Crawley, Distinguished Professor Emeritus of History at the University of Mary Washington.

“Barry’s session on leadership lessons from famous figures through history was captivating and wonderfully well received. His skills and insights on taking these events from the past and making them relevant for modern leaders was masterful.” Daniel Szpiro, Dean, School of Professional Programs & Assistant Vice President at Marist College. 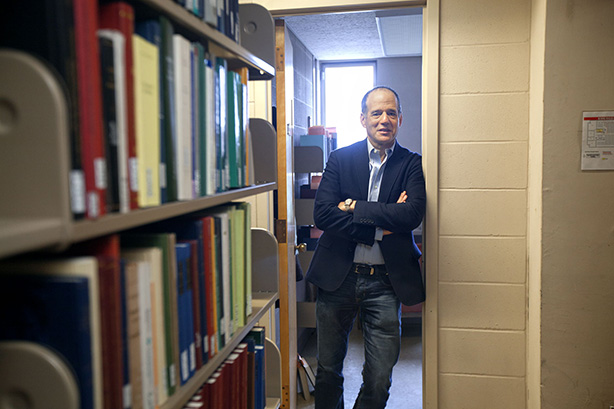 Barry StraussSpeaking04.01.2016
“No one presents the military history of the ancient world with greater insight and panache than Strauss….” - Publishers Weekly
Purchase Online
Amazon