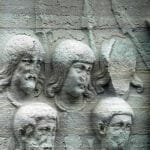 Soldiers suffer stress. That story, as old as Homer, has resurfaced after last week’s massacre at Fort Hood. An American soldier shot and killed other American soldiers. Perhaps the shooter was a victim who snapped under stress, as some now claim, or perhaps he was a terrorist whose warning statements the Army ignored. Investigators are currently working to cover people’s backsides…I mean, to find the truth. We’ll see.

Soldiers suffer. What better time than Veterans Day to salute their patriotism and self-sacrifice? And their clear-headedness: because for all the horror and misery they endure, soldiers avoid the twin illusions of civilians. They don’t romanticize war and they don’t think that pacifism equals peace.

I encountered that lack of romanticism in a recent conversation with a combat veteran of Afghanistan and Iraq. I asked him about charisma. How important, I asked, is charismatic leadership is in battle? “It’s not” was his answer. Charisma, he explained, plays a role in peacetime, but when soldiers go into battle they want competence. No heroes on horseback for this old soldier.

We all encounter the equation of pacifism and peace every day. It starts with slogans such as “all you need is love” and “what if they gave a war and nobody came?” It moves on to declarations that concessions bring peace. It ends up in fantasies of global government or Fortress America.

Unfortunately, somebody always comes if they give a war. A hard and warlike outsider always stands ready to conquer the children of peace. All that protects us is wise diplomacy backed up by brave soldiers. Reason enough to say to those soldiers: Thank you.