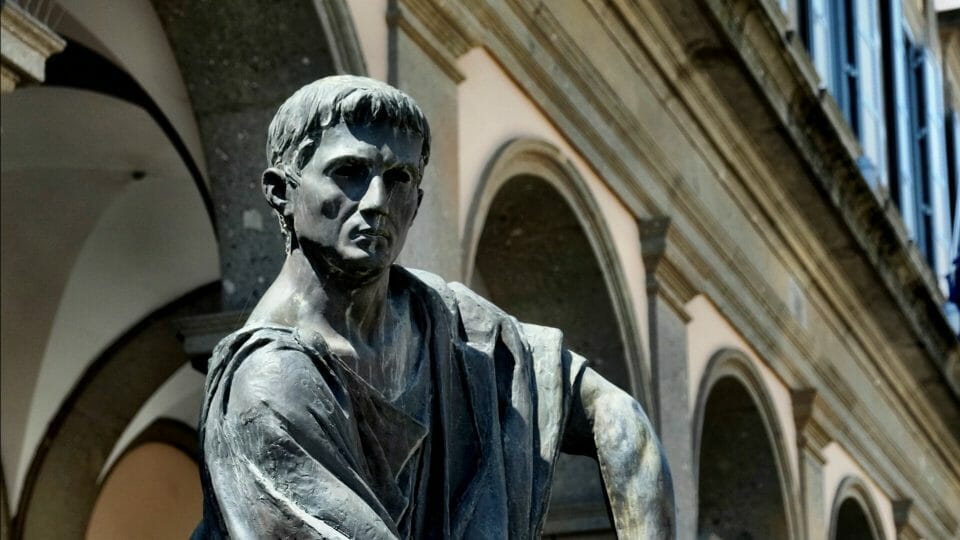 The Art of Being Number Two

The most important person in the world is the one you never see. He or she is the one who makes the magic happen but never on their own. Yet having the right Number Two is the key to being a great Number One.

Batman had Robin. Sherlock Holmes had Dr. Watson. Captain Kirk had Mr. Spock. Those are fictional examples (sorry, Trekkies, Star Trek really is fiction), but history offers many factual cases of indispensable Number Twos. The Roman emperor Augustus, for instance, had Agrippa. British Prime Minister Margaret Thatcher had Willie Whitelaw. Frank Sinatra, so famous a singer that he was known simply as The Voice, had Nelson Riddle.

“Having the right Number Two is the key to being a great Number One.”

Good Number Two’s come in an endless variety of shapes and shades, but here are three models: Agrippa was the General. Whitelaw was the Whip. And Riddle was the Arranger.

The man who became Augustus – Octavian, as most historians call him during his earlier years – would never have reached supreme power without the help of his old boyhood friend. Marcus Vipsanius Agrippa was no aristocrat, but he had a genius for command. Octavian did not, although he was brave enough to go into battle. An excellent general, Agrippa accepted a new assignment to build a fleet for Octavian. Agrippa oversaw the construction of a new naval base near Naples and a new fleet. Under Agrippa’s leadership, Octavian defeated the navy based in Sicily that threatened his control of Italy. But that was just the start.

With Agrippa’s help, Octavian faced his greatest challenge: Antony and Cleopatra. The Roman commander Mark Antony and his lover, Cleopatra, Queen of Egypt, commanded a massive fleet that was poised to invade Italy. Octavian responded by sending Agrippa with a sizeable flotilla to seize the enemy’s main supply base in Greece. It was a risky strategy and a smashing success. After Octavian brought the rest of the fleet to Greece, Agrippa joined him. He then came up with the winning tactics that destroyed the enemy fleet at the Battle of Actium in 31 B.C., an engagement that gave Octavian control of the Roman empire, and which led to Antony’s and Cleopatra’s suicides a year later. 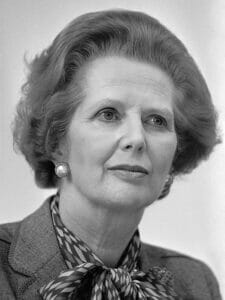 Agrippa went on to serve Augustus, as Octavian soon became known, in a variety of administrative, diplomatic, and even dynastic functions. Octavian eventually chose Agrippa as his son-in-law. His descendants included Caligula and Nero. From general to progenitor, Agrippa was the Complete Number Two!

Let’s turn from ancient to modern statecraft. Margaret Thatcher was Britain’s most consequential prime minister after Churchill. She might not have succeeded, though, without the help of Willie Whitelaw. Charming but crafty, Whitelaw was her righthand man. As chief whip, he had Mrs. Thatcher’s back in Parliament. His advice was acute; his loyalty undoubted. Again and again, he saved her from her opponents.  The prime minister couldn’t do with him, and she handed Whitelaw a variety of sensitive assignments.

Mrs. Thatcher once famously said that “every prime minister needs a Willie.”  To get the joke, we need to know that in Britain, “Willie” (or usually “Willy”) means the same thing as “Dick” in the United States. Mrs. Thatcher was Britain’s first female prime minister, a strong woman who broke into an all-male club. By her remark she was poking fun at herself and at her critics while at the same time giving Whitelaw a risqué compliment.

“The bond between Numbers One and Two is more alchemy than chemistry.”

Risqué was Sinatra’s middle name. His amatory exploits are notorious, but he was all business when it came to music. After rocketing to the top of the vocal charts in the 1940s, Sinatra hit the ropes in 1950. He had voice problems and was forced to sing songs that are better forgotten. Then in 1953 he got his chance. Capitol Records decided to gamble on the down-and-out star, even though Sinatra had become all-but unhirable.  They paired him with an up-and-coming young arranger, Nelson Riddle. As arranger, Riddle chose the tempo, the instruments, the harmonies, the mood of the piece of music. He had shown his stuff by arranging the hit song “Mona Lisa” for Nat King Cole. Now Riddle turned to Sinatra. (On the collaboration of Sinatra and Riddle, see “The Riddle of Sinatra.”) 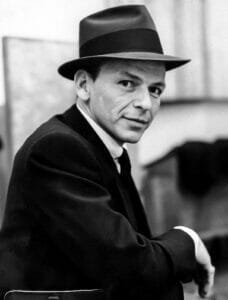 Their first session together on April 30 is memorable. No one, it is said, was more surprised than Sinatra with the results. One song in particular stands out, “I’ve Got the World on a String.” With its now-triumphant, now-muted brass playing against Sinatra’s mellow voice, the song is barely longer than two minutes, but it redefined the singer’s personality.

When he heard the recording, Sinatra was thrilled. “Jesus Christ,” he said, “I’m back, baby, I’m back.” And so, he was. The song was a hit and relaunched the singer’s career. Thanks to Riddle’s arrangements, Sinatra became the epitome of cool: mature, sophisticated, older but wiser, philosophical. No longer the “Frankie!” of the Forties Bobby-Soxers, he became the Sinatra of the porkpie hat, the bachelor pad, and the cocktail hour.

Sinatra and Riddle proceeded to lock in his new sound with several classic albums throughout the fifties. Although Sinatra went on to work with several other arrangers, he returned to Riddle often for over thirty years.

The bond between Numbers One and Two is more alchemy than chemistry. The mystery isn’t easy to unravel. A successful Number Two must be content to play second fiddle. A successful Number One needs to know when to hold the ego in check so as not to overwhelm Number Two. Not everyone can do it. Americans, for example, can think of more than one recent president who mismanaged his relationship with a chief advisor.

One thing is certain. No one holds the world on a string without having someone holding him or her.