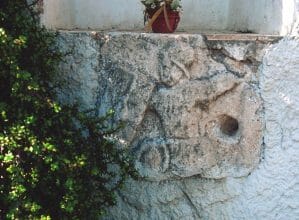 Spartacus – the Man, the Myth, the Legacy

Dr. Barry Strauss Professor of History and Classics at Cornell University and author of The Spartacus War (New York: Simon and Schuster, 2009) will lecture on Spartacus’s legend and ironies on Wednesday, April 17 at the Centro Studi Americani in Rome. The lecture will be organized in partnership by The American University of Rome, the American Academy in Rome and the Centro Studi Americani and will be moderated by Giuliano Amato, President of the Centro.

Spartacus led a revolt (73-71 BC) of gladiators and slaves that shocked Roman society at the time and that has echoed through the ages. He was a Thracian who served in an allied unit of the Roman army and who ended up unjustly enslaved and forced to be a gladiator in Capua. Most of his followers were rural slaves and most were foreigners. A man of liberal sentiments, he tried to rein in his soldiers’ urges for revenge and to convince them to leave Italy. He failed, on both accounts. In 71 BC, the wealthy oligarch Crassus broke the back of the revolt and crucified 6,000 of Spartacus’s followers on the road between Rome and Capua.

Although Spartacus and most of his followers were immigrants, ironically Spartacus has sometimes been a symbol of Italian nationalism as well as of regional identity in the Mezzogiorno. Spartacus was even cited as a freedom fighter by US President Ronald Reagan. The best-known use of Spartacus as a symbol has been as a symbol of socialism and communism. Marx and Lenin both praised Spartacus and he was a major figure in Soviet ideology. It’s not surprising that Beppe Grillo, too, has compared himself to Spartacus (and quoted Dr. Strauss’s book).

Ironically, there is no evidence that Spartacus was opposed to slavery in principle. It’s much more likely that he was opposed rather to his own enslavement and that of his followers. While we rightly honor Spartacus today for his rebellion against injustice, we should also remember the ironies.

More info – Spartacus – the Man, the Myth, the Legacy