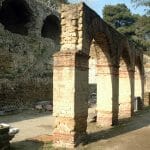 In today’s tough times, you have to take your business advice where you can get it, even from the ancient past. Like today’s business leaders, yesteryear’s warriors such as Spartacus knew a thing or two about winning.

Spartacus is not just a sword-and-sandal character but a real historical figure who fought Rome between 73 and 71 B.C. Amazingly, he started a revolt with 74 men armed with knives and skewers and went on to raise an army of 60,000. The rebel gladiator probably would have understood the challenge of growing a business in a difficult environment. Today’s entrepreneurs have to face a credit squeeze and a recession but Spartacus had to tackle the Roman legions.

He owed his success to three things: he took risks, he knew his business (war) inside-out, and he was a great salesman. Spartacus’s early and daring victories drew thousands of recruits to his side. He won those victories thanks to his own prior military experience and know-how. Celebrity (he was a gladiator, after all) and charisma (he had the mantle of religious prophecy) multiplied his appeal.

To be sure, Spartacus lost in the end, after two years of war, but not because of his plan. He got that exactly right. Unfortunately, though he managed to sell his plan to almost everyone,  he couldn’t sell it to his partners. They won the argument and led the army down the path to ruin. How all that happened is the subject of another post. For now, the take-away message is this: If you want to start a business in a tough environment, take risks, know your business thoroughly, rely on salesmanship — and make sure that your partners are all on board.