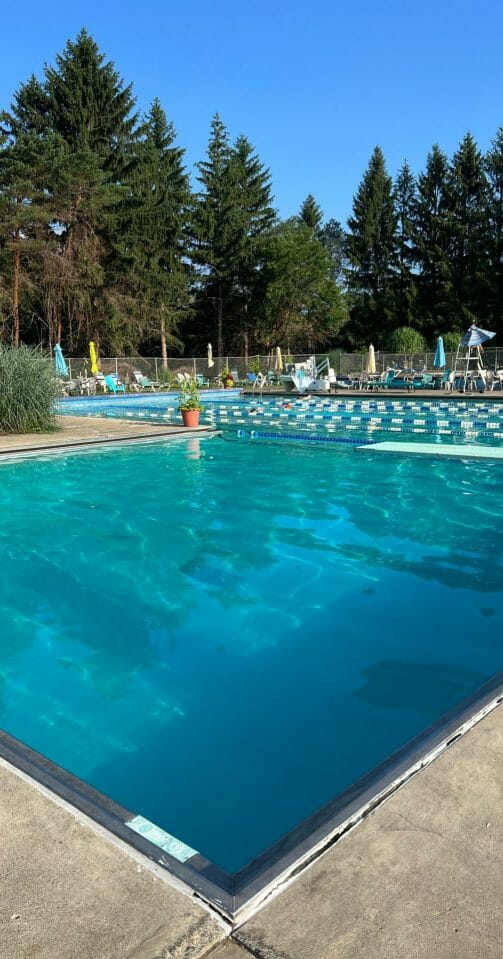 This summer I decided to go back to an old project of nailing the freestyle. I could swim the breaststroke and not get tired, I could swim the backstroke with relative ease, but when I tried freestyle, things fell apart. I’d taken lessons over the years – boy, had I ever. I had made progress, but somehow, I’d never put it together.

This summer has been different. With more lessons and practice nearly every day, I’ve come closer to my goal.

I had all the pieces, but I had to put them together. Slowly, the stroke became longer, more elegant, and more relaxed. But the most difficult thing, I found, was slowing down. When I got into the water, my instinct was to fight. But the pool isn’t a boxing ring.

When I looked up “how to swim freestyle slowly” on the Internet, the first response I found was “swim slowly.” That’s well meant, I’m sure, but not very helpful. It’s like telling a nervous person: “just relax!” It’s not absence of desire that kept me from slowing down; it’s fear. I was afraid of sinking if I stopped moving, like a shark that needs to swim constantly to breathe and to stay alive.

But I won’t sink. I had done enough kick drills with arms extended in front of me to know that. Yet my head knew but my body wouldn’t listen. What’s relaxing with the breaststroke became exhausting with the freestyle.

One day my coach went over the butterfly stroke with me or, rather, reviewed it, because I had learned butterfly years ago; I just hadn’t used it.  After watching me swim a length, she said that it looks good except that I was stroking “Barry style” – that is, too fast. And she proceeded to show me how I appeared by imitating my stroke with her arms. She looked like a terrified chimpanzee scurrying up a tree or a video on fast forward. Embarrassing, but it made the point. I tried again, and this time it was better: I managed a slower, easier stroke. A good start, but it would take many repetitions for me to reach optimum speed – that is, minimum speed.

I find myself wondering if my difficulty in slowing down my swimming stroke is a metaphor. We Type A personalities seem always to be in a hurry.

Swimming slowly is about letting go. It’s about letting your body be long, from the tip of your toes to your fingers, and from your feet to your head. It’s about luxuriating in your length and making the time to reach for the wall of the pool. It’s about trusting that the water will hold you up if you let it.

That in turn means trusting in a power greater than you in one whose greatness lies in its fluidity. Water won’t be pinned down. A swimmer can thrive in it, but first he needs to learn its ways.

There’s a lesson there about life and fate and maybe even about the divine. We can thrive in life, but only if we know our limitations and only if we trust a power greater than us.

And so, I began to improve. Further searches on the Internet yielded some helpful sites and videos. I learned from watching some of the other swimmers and from taking in their long, leisurely arm strokes. Most of all, I learned from some first-rate coaches. Thank you.

I feel good after today’s practice in the pool. Winning the race; well, most of us want to do that, but it’s a different accomplishment that is making me happy now. Who would have ever thought that a slower swimming stroke would be something to celebrate?