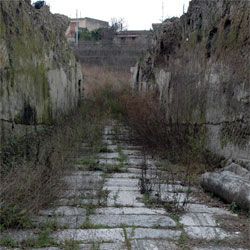 If the movie Slumdog Millionaire wins the Oscar for Best Motion Picture on Sunday, it will owe some of its success to the same appeal as Spartacus’s story. Both tales feature an improbable rise from rags to riches – “rags to rajah,” as the film says, so make it “rags to regnum” for Spartacus. Both expose injustice and bigotry. Both reveal the plight of the poorest and most wretched members of society. Both offer revenge against oppression. Each has a love story at its heart.

The two stories both went from novel to the big screen, while each is rooted in historical truth. Like Slumdog Millionaire, the 1960 film Spartacus won a Golden Globe for Best Drama. But fans of Slumdog Millionaire will hope that the analogy between the two stories breaks down in at least one way: the 1960 film Spartacus was not even nominated for Best Picture by the Academy.