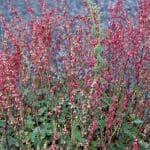 A spring afternoon several years ago found me in Volterra, Italy. I was following in giant footsteps by coming to this town. Located in the hills of western Tuscany, Volterra sits on a steep rise that commands the route between Pisa and Florence. The town’s strategic location and wealth, derived from alabaster and iron ore, have attracted conquerors ranging from Sulla to the Medicis to Mark Clark, commander of the U.S. Fifth Army in World War II. Volterra has survived sieges and sacks, bloodshed and butchery. Today still a walled city, Volterra’s beauty seduced the English novelist D.H. Lawrence and the Italian poet d’Annunzio.

In contrast, I had been attracted to Volterra by the most prosaic of reasons: Kilroy was here. As a private in the U.S. infantry in July 1944, my father, Aaron Strauss, had marched with his regiment on the hills around the town.

After moving in and out of Rome in early June, the 350th U.S. Infantry had continued north through Latium and Tuscany. At first they met with little or no resistance, but in southern Tuscany they found minefields, booby traps, and pockets of German infantry on hilltops. Outside of Volterra, Aaron had his most dramatic moment of combat.

On July 8, 1944, the U.S. 88th Division attacked Volterra from the valley below it. The 350th U.S. Infantry approached the town from the west. As Aaron remembered, it was the afternoon and the sun was strong. He was carrying his carbine. His squad, a group of about a dozen men, went up a hill during a German artillery barrage, shells whizzing all around. They were led by one Lieutenant Orebaugh. As the squad advanced, a shell dropped at their feet. It was a direct hit and my father and his buddies should have been blown to pieces. It turned out, however, to be a dud. Dud shells were common, but not common enough to make you forget a brush with death. A half-century later, it was one of my father’s most vivid memories of the war.

In 2001, that memory brought me to Italy. I stood on the ramparts of Volterra and looked down on the hills stretching downward for miles and miles. The sun shone but a cool breeze stirred; in March, Volterra is noticeably colder than Rome. Birds sang. The volcanic slopes, covered with the light green grass of spring, undulated sinuously toward the horizon. It was hard to imagine that on those same ramparts, on a summer day fifty-seven years before, the citizens of Volterra eyed the American army moving up from the south. The Volterrans knew that the Americans might liberate them from the Germans, who occupied the town, and release them from the starvation that was threatening. At the same time, they were terrified that the battle might destroy their city.

One of the young American soldiers advancing on that obstacle was my father. As he marched on Volterra on a July afternoon in 1944, a week before his twentieth birthday, he came close to ceasing to exist. And if he had bit the dust outside Volterra, so would have I.

So I stood on the windy walls of Volterra and looked down the way you might look out at the gorges from Delphi or at the valley, where Pickett charged, from Cemetery Ridge at Gettysburg, or at Jerusalem from the Mount of Olives. I looked out the way a child looks out at night from the deck of a ship and marvels at the majesty of the stars and the emptiness of the ocean.

My father passed away three years later, in 2004. I will be forever grateful that I had the chance to sit and talk with him about the view from Volterra.