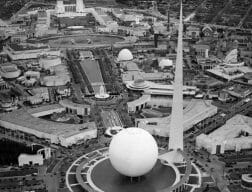 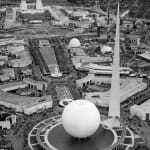 After spending several months last year in the Library of Congress and Boston’s Museum of Fine Arts, Magna Carta is back home in England. But events of the last century might have given it a very different fate. It’s a tale that involves the 1939 World’s Fair, the Second World War, an English cathedral and Winston Churchill.

Eight hundred and one years ago today – June 15, 1215, England’s King Jobn signed Magna Carta, one of history’s most famous documents. This grand charter of rights and liberties stands at the root of the English legal system. Because of its influence on the Founders and the Declaration of Independence, Magna Carta is one of the wellsprings of American civilization as well.

King John’s rebel barons forced him to sign Magna Carta at Runnymede in the lowlands along the Thames River. At least thirteen copies were made at the time and four of them survive to this day. In 1939 the British allowed one copy to travel to the United States. New York was holding its World’s Fair in the ex-dump that mega-developer Robert Moses turned into Queens’ Flushing Meadow Park. And so, on the former site of ashes, horse manure, and garbage, millions of visitors could enter the British Pavilion and see an original copy of Magna Carta.

Six months later it was due to go home but instead the great charter landed under guard in Fort Knox. Was it piracy? By no means. The Second World War had begun and the British Embassy handed Magna Carta over to the United States for safekeeping. After Churchill came to power in May 1940 he decided that Magna Carta should stay there as a gift to the American people.

Churchill thought the donation would boost his campaign to get the Americans to give up neutrality and join Britain in the war against Nazi Germany. Churchill played up the common freedom-loving DNA—whose garden of Eden was the Magna Carta—that connected Britain and America.  It was a wonderful gesture although it is doubtful that it would have pushed jitterbugging Yanks into the cauldron of European war. In any case, we’ll never know. Lincoln Cathedral owned the copy. It wanted it back and the Bishop answers to a higher authority than the King’s First Minister.  So in 1946 Magna Carta returned to England. It’s the same copy that returned to the States last year for a brief visit to Boston and Washington.

But what if the American cousin acted differently and said that the Cathedral’s claim was of no concern to them and they were not returning it? A designated and lawful representative of their government offered it as a gift and it was accepted. Case closed. We can imagine it permanently on display in the National Archives in Washington, DC. From there it would probably go on traveling exhibit from time to time. American museums, historical sites and – Heaven help us – even places like Las Vegas hotel lobbies might have the chance to show off the charter that lies at the root of modern liberties.

Britons might loudly and popularly demand their copy of Magna Carta back from abroad just as Greeks demand the Elgin Marbles back. The “marbles” are sculptures from the Parthenon removed by Britain’s Lord Elgin from Turkish-occupied Greece beginning in 1801, and today in the British Museum in London. But Americans might be equally stubborn as the Brits.

Let’s be glad that this is one controversy that history has spared us.