Killing of an Ambassador: A History Lesson 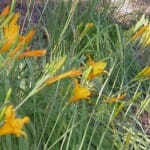 Killing an ambassador can lead to dire consequences. President Obama has promised that the killers of U.S. Ambassador to Libya Christopher Stevens and three other State Department employees will be brought to justice.

Indeed. Justice is essential, but equally essential is taking the fight to the terrorists who were behind the attack. The U.S. government now suspects an al Qaeda link.

Continued at:
Killing of an Ambassador, Real Clear History, September 28, 2012