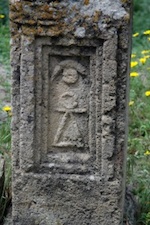 Hannibal’s Ghost came back from his sacrifice. He had such a fierce look about him that I wouldn’t have been surprised if he had just passed a child through fire to Moloch. But I didn’t ask.

“Welcome back, oh Subjugator of Spain. Before you left, you were clearing up my misconceptions about the Middle East. Let’s return to that subject, please. Can you tell me if the Israelis have the military capacity to set back the Iranian nuclear program by a few years?”

“Probably. A lot depends on the details. Will the operation be as difficult as crossing the Alps with elephants in the snows of autumn?  Or as easy as luring the Romans into an ambush in the morning mist?

“If the Israelis can attack successfully, they will want to do so. After all, Iran has sworn their destruction.”

“The Israeli government has the will but the Americans cast a shadow in their way. Americans prefer a negotiated settlement.”

“What about negotiations? Aren’t sanctions about to force Iran to the table? Can’t we settle this matter without war?”

“Only if you want to settle for empty promises. Iranians already knew how to play their enemies back in the days of parlaying with Roman proconsuls. Outfoxing America would be child’s play.”

“Maybe so, but the talks are a worth trying, oh, Taker of Tarentum. After all, if Israel attacks Iran, the Iranians will respond by closing the Strait of Hormuz and so disrupt the world’s oil supplies.”

“The U.S. Navy would stop them first. Still, there would be shooting, and the Americans want to avoid that. Once the shooting starts, things might escalate. A terrorist attack on the US homeland, an American military response in Iran–who knows where it might end?”

“We Americans have had our fill of war in the Middle East, oh, Disciple of Hercules.”

“I was talking to my friend, the Duke of Wellington, recently,” said Hannibal. “The Iron Duke compared the American attitude to the Middle East today to England’s attitude to the continent of Europe in his era. England wanted to prevent a hostile power from dominating the region without having to spill any of its own blood.  You Americans don’t want to see the Middle East, with all its oil wealth, under the thumb of a still-revolutionary Iran. But you don’t want to go to war to stop it either. And you don’t trust Israel not to drag you into war willy-nilly.”

“Wellington! He spilled plenty of English blood in the end. You military men are always quick to go to war. You think only of the glory and never mind the tears.”

“On the contrary: the politicians are so corrupt and self absorbed that we soldiers have to do double duty. It’s not enough to be general–we have to be diplomats, strategists, and statesmen as well.”

“You make a strange advocate of peace, oh, Killer of Cannae.”

“And you, professor, are not the first old man whom I have heard doddering on about war.”

Ah, I thought, that must be the famous Punic wit that the Romans talked about.

“The Middle East is a sideshow,” Hannibal continued.  “For Americans, the main event is at home. As usual, the politicians have stolen from the people and filled their own purses. America needs a leader of iron discipline and incorruptibility to set its fiscal house in order.

“Like me: I was just a general when I came back to Carthage after the war with Rome, but I ran for office. In one year I accomplished more reforms than the politicians had in the 35 years I was abroad fighting for my country. I closed the old boys club, open the door to democracy, and launched an economic boom without raising taxes.”

The thought of Hannibal running for office, holding forth in a television debate, must have short-circuited something because with a crackle of lightning, he was gone.

I can’t say that I wasn’t relieved.