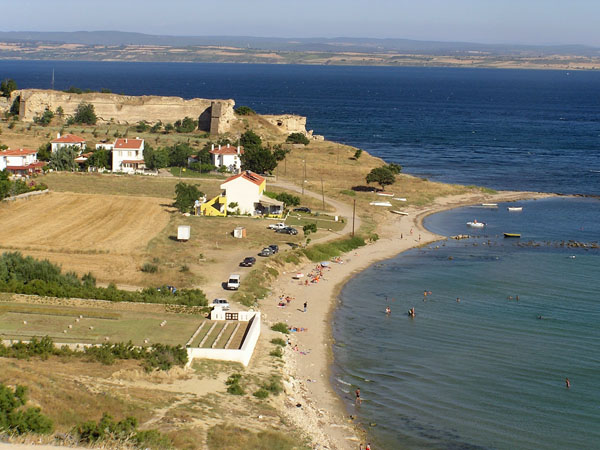 The sunny, summer scene deceives. In the foreground are swimmers and a beach. Look again and you will see a cemetery and a ruined fort. The place is Gallipoli, site of one of the bloodiest battles of the First World War.

Beyond the fort lies one of history’s most fought-over waterways, the Dardanelles or Hellespont. On the other shore lie the hills of Troy. Across these waters came some of antiquity’s greatest armies of invasion, both mythical and real: Agamemnon and the Greeks, Xerxes and the Persians, and Alexander and the Macedonians.

In the foreground of the photo lies Europe; in the distance, lies Asia. So the summer scene also marks the fault line between East and West.

On the eve of negotiations between Iran, the United States, and other countries, we might all tremble at the forces approaching history’s frontier.