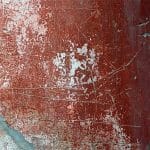 Were they Linked In? Did they Twitter? But seriously, communications presented a problem for the rebel slaves of the Spartacus rebellion. They needed to get the word out to potential recruits without attracting the attention of the masters. The Internet would not have been much help, had it existed, because Rome would have monitored it. Yet the grassroots principles of what we call social networking would have served the slaves well.

Words in the night, spread from person to person; messages carried along forest trails; stolen jewels or broken chains brandished as trophies; a knowing glance from one fieldworker to another; a smile at the sight of a ruined storehouse after a rebel raid; a tune played on a shepherd’s pipe; a cry of triumph in a ceremony worshipping Dionysus: these may well have been the postings and responses of the slave rebellion.

Did someone, somewhere, write “Spartacus” on an Italian wall?