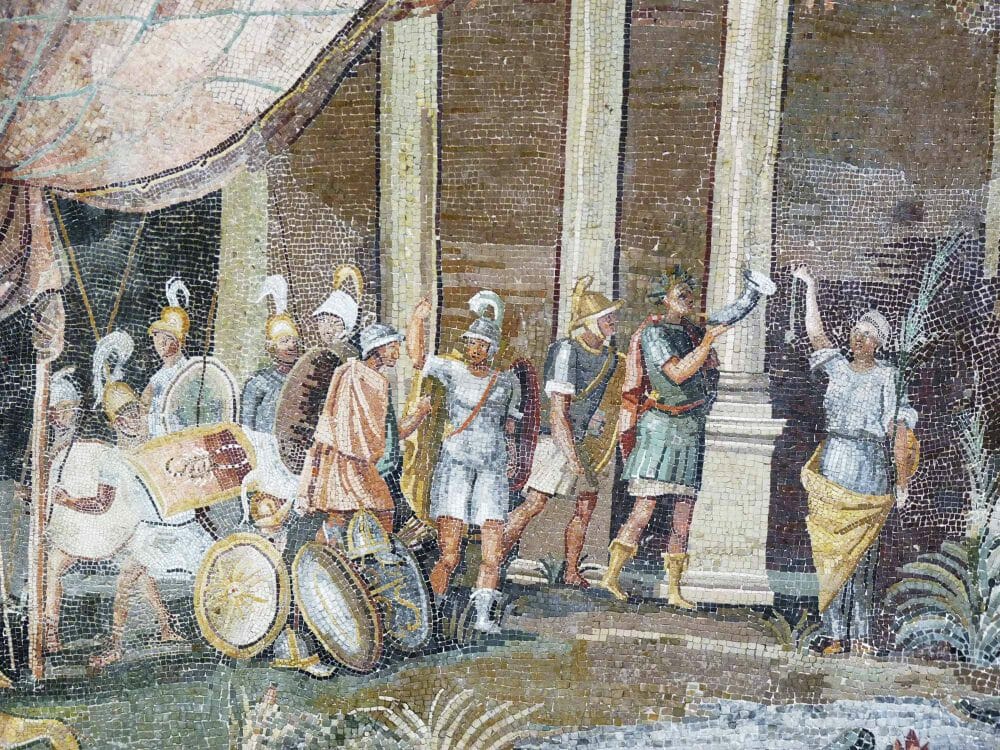 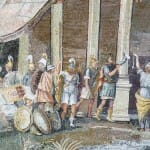 Cicero’s nephew Quintus – Quintus the Younger – was a boy dear to his uncle’s heart. His father, Quintus the Elder, was Cicero’s brother and the two brothers were close. The boy’s mother, Pomponia, was the sister of Cicero’s dear friend, Atticus.
The year 45 B.C. was not an easy one for the nineteen-year-old Quintus. His long-squabbling parents finally divorced. Meanwhile his mother and his uncle Atticus were both unhappy with Quintus because he couldn’t make up his mind whom to marry. Understandable, given his parents’ experience! Quintus was enjoying life in the fast lane but then he crashed. He was in debt, hopelessly so. And so he took the time-tested path of rich bad boys who run out of money: he joined the army.
Quintus decided to join Caesar’s war on Parthia. It would be an enormous military expedition, slated to last several years. Trumpets would sound, tens of thousands would march, banners would fly, armies would clash and there would be blood and horror and loot. Quintus hoped to come back victorious and rich. The legions were already gathering. Caesar himself was due to leave Rome for the military campaign in the spring.
In late December 45 B.C. Quintus visited his uncle Cicero. Cicero writes about the meeting in a letter to his friend Atticus. His face all gloomy, Quintus confessed his shame at putting himself in harm’s way just for the sake of money. But maybe he thought that was what his uncle wanted to hear. Quintus surely knew how much Cicero hated Caesar’s dictatorship, and the war might tighten Caesar’s grip on Rome.
But Cicero knew that Quintus’s father had fought for Caesar in Gaul, and even so, Quintus Senior was a staunch political ally of Cicero. So Cicero probably took his nephew’s news in stride. Besides, it might prove useful for Cicero to have an insider in Caesar’s camp to send him regular news.
Quintus told his uncle that he didn’t even have enough money to pay his travel expenses to the front, as an elite Roman was expected to do. Was that a hint for a loan? Maybe, but Cicero wasn’t born yesterday. He just kept silent.