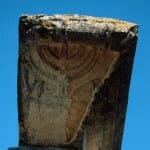 “Man,” said an ancient Greek philosopher, “is the measure of all things.” The Bible disagrees: “the fear of the Lord,” it says, “is the beginning of wisdom.” Who is right? A great debate about God and man lies at the heart of the West. From Sinai to Babylon, from the lions to the Crusaders, from the Wars of Religion to the Age of Reason – and of Revolution, from Stalin to John Paul II, from eugenics to a belief that life is sacred, and from globalism to a respect for individual states – even Israel! — it remains the central question. Athens and Jerusalem still are what they always were, the struggling twins of the West.

Chanukah commemorates a miraculous victory in a war in 167 B.C. A Greco-Macedonian kingdom, centered in what is today Syria, had tried to outlaw the Jewish religion in its homeland in Judea and to replace it with Hellenic culture. Many Jews, in fact, supported that goal. But that is no surprise, because Hellenism had enormous appeal.

Hellenism seemed to have everything going for it. It was up-to-date, sophisticated, and intellectually satisfying. It offered wealth, health, art, and glamour. It represented the entrance ticket to an imperial civilization. Hellenism offered the opportunity to think big.

Judaism sat at the opposite end of the scale. It was old, small, and poor. It had no empire. It had nothing to offer except faith, trust, love, and strength. But those things, it turns out, are items that the human heart cannot do without.

So the miraculous happened. A small band, burning with faith, went on to defeat an empire.

There is, of course, a rational explanation; there always is. “The Syrian-Greek state had passed its prime.” “The Jews had short lines of communication.” “They mastered guerrilla tactics.” “The Greeks overplayed their hand.” “Judea wasn’t worth the bones of a Macedonian grenadier anyhow.” If rational explanations are enough for you, then take your pick.

But if you think that “the heart has its reasons that reason knows not of,” if you think that there is more to life than shifting particles, if you respect science without worshipping it – in short, if you doubt that man is God, then wonder at the light of a miracle burning in the dark days of winter.