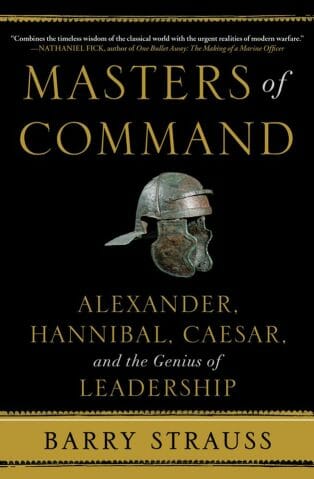 Warner Bros. Pictures provides a second installment in a film series that vivifies the long-ago Persian invasion of Greece (480 BC) with a robust amalgam of larger-than-life storytelling, fantastical and mythic touches, and sword-slashing battle scenes. The movie, 300: Rise of an Empire (R), inspired by a graphic novel by Frank Miller (the not-yet published Xerxes), takes the combat action—and characters’ clashes—to the high seas. Produced by Zack Snyder and directed by Noam Murro, the movie will be released by in 2D, RealD 3D, and IMAX 3D formats on March 7.

Snyder’s latest is a follow-up to 300, which was released in 2007, set in the same world and time, and closely based on Miller’s superb graphic novel (Dark Horse, 1999). 300 told the tale of how a resolute King Leonidas and his 300 stouthearted Spartans held a narrow mountain pass against the massive forces of Persian King Xerxes during the Battle of Thermopylae, fighting to the death in a legendary last stand.

This adaptation focuses on adept statesman and swordsman, Athenian general Themistokles (Sullivan Stapleton), who struggles to fuse the contentious Greek city-states into a coherent whole and lead a united navy into battle. Meanwhile, the Persian forces are amassing, an immense

armada ruled over by the “mortal-turned-god” Xerxes (Rodrigo Santoro) and led by his volatile and vengeful ally, Queen Artemisia (Eva Green). The stakes are high, and the very future of democracy may just lay in Themistokles’s hands. In addition to numerous new cast members, several veterans from the first film–including Santoro and Lena Headey (as the Spartan queen, Gorgo)—reprise their roles. Teens can visit the official site for a look at the production’s lavish backdrops, dramatically lit land and sea settings, and grandiose (and graphically blood-splattered) mêlées.

300: Rise of an Empire: The Art of the Film (Titan, 2014; Gr 9 Up) is jam-packed with stunning photographs and production artwork showcased on handsome spreads. Framed by remarks from Murro and Snyder and sprinkled throughout with commentary from cast and crew, Peter Aperlo’s succinct text describes the movie’s origins, makes comparisons to the first film, introduces the characters (along with reflections from the individuals who portray them), and highlights important settings (including an extravagantly envisioned Persepolis and austere-looking Sparta).

A day-by-day account at the nautical Battle of Artemisium is illustrated with spectacular shipboard stills, concept artwork and storyboard sequences, and behind-the-scenes photos. The full-color images are eye-catching and intriguing, from striking double-page representation of fiery seafaring skirmishes or a flame-infused Athens, to close-up details of reproduced weaponry and statues, to a look at how a lifelike horse model and CGI effects were utilized to create Themistokles’s realistic ride across the decks of a blazing war galley. An informative and fun-to-browse offering.

Moviegoers will want to read or revisit the graphic novel that started it all, Miller’s 300 (Dark Horse, 1999; Gr 10 Up). Intertwining historical fact with a sword-rattling sensationalism and the rapt tone of a legend in the making, the script introduces a steadfast Spartan king and the men who stand strong against the onslaught of an army “vast beyond imagining, ready to devour tiny Greece—to snuff out the world’s hope for reason and justice.” Depicted in dramatic earth-toned artwork, the story unfurls with blood-splattered battle scenes and bold acts of courage, as Spartan warriors make a sacrifice that stands as inspiration for all of Greece to unite against a common foe.

The generously sized spreads portray the starkness of the setting along with detailed re-creations of ancient armor and armaments. The use of shifting perspectives such as views from above or through the eye slits of a Spartan helmet, underscore the combat’s cataclysmic violence. Sporting chiseled features and a razor-sharp beard, Leonidas is believably intimidating and the portrayal of Xerxes—with his regal bearing, elaborate piercings and gold jewelry, and godlike demeanor—will be familiar to film fans. Readers will be will be mesmerized by this enthralling look at history.

Nestled among the numerous frays featured in 300: Rise of an Empire is a glimpse back at the Greek victory at Marathon during the first Persian invasion led by King Darius 10 years prior. Boaz Yakin and Joe Infurnari’s Marathon (First Second, 2012; Gr 9 Up) integrates historical fact, legend, and fictionalized interpretation to tell the story of an Athenian messenger who ran over 300 exhausting miles to deliver vital information that swayed the course of events, led to Greek triumph, and resulted in the addition of a new competition to the Olympic games.

The action begins with a flashback, as the young son of a slave family wins a foot race, earning Athenian citizenship along with the ire of despotic King Hippias, whose own son was defeated (the resentful ruler would later have Eucles’s parents executed).

Years later, the now-exiled Hippias returns with Darius’s forces to re-conquer the city, and Eucles’s grueling run is fueled by a desire for personal vengeance as well as civic responsibility, adding an intimate intensity to the wide-reaching tale. Bursting with scratchy lines, dramatic shading, and frenetic action, the sepia-toned illustrious reveal the confusion of combat, the rugged terrain, and the characters’ varied emotions. Teachers can check out the “Departing the Text” blog for a related for a lesson plan that addresses Common Core Standards.

As epic in scale as its subject matter, Eric Shanower’s “Age of Bronze” graphic novel series, which launched in 2001 with A Thousand Ships (Image Comics; Gr 10 Up) and is still in the works toward a projected seven volumes, offers a sweeping and comprehensive account of the Trojan War. The author synthesizes multiple source materials (from ancient writers through to modern-day works) into a multifaceted tale that encompasses a large cast, spans far-reaching settings, and interlinks numerous plotlines. The pages are saturated with political events and conflicts as well as more intimate moments—revelations of personal motivations, brazen schemes and bitter betrayals, erotic trysts between lovers, mothers fighting to keep offspring safe. Depicted in detailed and historically accurate black-and-white drawings, the characters come across not as remote literary personages but as believably flawed, passionately emotional, and compellingly human.

Though creatively embellished, the plots of both 300 movies are based on actual historical events. With an emphasis on readability and solid storytelling, these two offerings encourage teens to explore the Greco-Persian wars, sort out fact from fiction, and think about the many ways that the past can be interpreted.

Stephen Dando-Collins’s Rise of an Empire (Wiley/Turner Pub., 2014; Gr 10 Up) provides a clearly written introduction to the real-life Themistocles (c. 523-469 BC). Elected archon (magistrate) in 493 BC, this commoner joined a government ruled by aristocrats and began a career-long campaign to establish Athens as a nautical power, eventually persuading his fellow citizens to build a fleet of fast and maneuverable triremes (war galleys named for their three rows of oars). It was these ships that saved the day during the second Persian invasion. Officially made chief of Athens’s fleet and effectively commanding the entire Greek naval alliance, Themistocles planned strategy and subterfuge, worked tirelessly to hold together the coalition, and brought about the defeat of the Persian armada during the battles of Artemisium and Salamis.

Dando-Collins presents a lively and detailed account of Themistocles’s life from boyhood to his eventual ostracism and exile in later years, covering the ins and outs of his political and personal rivalries, recounting his military maneuverings, and revealing his genius as leader and visionary. Chapter notes cite sources such as Plutarch and Herodotus, while maps and black-and-white photos and reproductions flesh out the past.

Barry Strauss’s page-turning The Battle of Salamis (S & S, 2004; Gr 10 Up) mixes dynamic writing with solid scholarship to recount the world-shaking clash between the Persian and Hellenic fleets fought in 480 BC by more than 200,000 soldiers. All of the major players are brought to life: Themistocles is presented as both brilliant leader and underhanded manipulator; Xerxes, a true fighter of battles despite putting on “airs like a pharaoh,” is defined by his determination to avenge his father’s defeat by the Greeks at Marathon; and Artemisia, Queen of Halicarnassus, who combined “the cunning of Athena and the seductiveness of Aphrodite…[with] the ambition of Hera,” is described as successfully serving her own purposes while fighting Xerxes’s battles.

Based on accounts by Herodotus, Aeschylus, and Plutarch (all cited in the lengthy notes section) and supported by numerous maps, historical events are neatly streamlined and clearly conveyed. The narrative takes sail with details of day-to-day life gleaned from archeological digs and ancient artworks (black-and-white reproductions are included), summations of intrigues that sizzle beneath the surface, and lyrical descriptions of skirmishes (“After the trumpets, the hymns, the battle cries, the rushing oars, and the piping, there came the cacophony of bronze-sheathed wooden rams crashing into wooden oars and ships”).