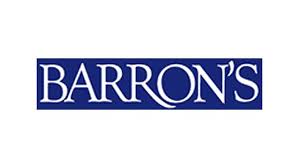 Joe Queenan published a book review of The Death of Caesar last week for Barron’s. Read the full review by scrolling below:

A Swarm of Snakes in the Grass:
The Betrayal of Julius Caesar

How often are assassins on a first-name basis with their victims? John Wilkes Booth had never even met Abraham Lincoln; Gavrilo Princip had never broken bread with Archduke Ferdinand. That’s one reason why the assassination of Julius Caesar continues to fascinate. Caesar was assassinated by friends and associates he knew quite well.

This engrossing account of that pivotal event is exhaustive, yet surprisingly easy to read, given that Barry Strauss teaches classics and history at Cornell, and was thus in danger of employing the turgid prose and ceaseless digressions that characterize the work of most academics. Typical of the lively prose in The Death of Caesar is this brief description of Decimus, Caesar’s long-forgotten protégé, whom Strauss singles out as the conspirator without whom the assassination could not have happened: “Decimus was a liar, a flim-flam man, a brazen and audacious snake. In short, he was much like Caesar.”

Why did the assassins do it? In the author’s view, Caesar was killed by jealous men who feared his growing power and felt humiliated by the way he had run roughshod over the Roman Senate. Already named Dictator for Life, Caesar was only three days away from launching another military conquest that would have made him even wealthier and more powerful.

The generous view—the one we know from Shakespeare’s play, Julius Caesar—is that head-conspirator Brutus, at least, was trying to restore the Republic that Caesar had abolished. Strauss does not buy this. The assassination was about money, power, envy, and greed; the only noble Romans were Calvisius and Censorinus, the lone men in the Senate building that day who tried to come to Caesar’s defense. Ironically, their names do not ring down through the ages, while—thanks to Shakespeare—names like Casca, Cassius, and Brutus do.

Why did Caesar go to the Senate on the Ides of March? He thought his enemies, fearing the army that adored him, would never dare raise their hands against him. As Strauss puts it: “He dared his enemies to strike, and so they did.” The assassins were wrong about how the public would respond to the murder. At first the citizens were of two minds about it, but after Caesar’s will was read, awarding them all a nice windfall, they turned against the conspirators.

The Death of Caesar is brimming with memorable facts. Octavian, later to become the emperor Augustus, had bad teeth. Cleopatra was no looker. Caesar practiced bulimia, vomiting after dinner to keep his weight down. He may have had an affair with the wife of Cassius, who already resented him because he’d once confiscated his pet lions. Brutus, like most Roman leaders, ran a side business as a loan shark, and, like most loan sharks, had a tendency to kill off slow payers. He was not Caesar’s illegitimate child, but a lot of people thought he was.

No one comes out looking good in this tale of intrigue and betrayal. Brutus, portrayed as “the noblest Roman of them all” in Shakespeare’s play, serially betrays everyone who ever befriended him. Cicero comes off as a dithering gasbag who always waited to see which side was winning before deciding which side he was on. Mark Antony, a devious party animal, emerges as a Machiavellian sort who may have been aware of a previous plot to assassinate his friend and mentor, but didn’t bother to tell him. And Octavian is quietly but obsessively power-hungry, the one snake in the grass the other snakes overlooked.

One trait these characters had in common: They were all back-stabbers.

Barry StraussBarron’s Review of The Death of Caesar09.08.2015