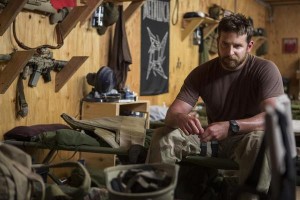 American Sniper is a box office hit and Oscar worthy. Hollywood experts can explain the many reasons for its appeal but to a classicist, the moviemakers simply went back to basics. They followed the fundamentals of a great war story that are as old as western literature itself: heroism, violence, love, and death.

Consider Homer’s Iliad, the epic poem of the Trojan War. The subject is the tragic and heroic fate of heroes. Combined with his other epic poem, The Odyssey, Homer offers an education in war and culture.

Like the Iliad, American Sniper focuses on a warrior of extreme lethality and mythical status. The film’s hero is Chris Kyle, the most deadly sniper in U.S. military history. In the Iliad, it’s Achilles, the greatest warrior at Troy. Kyle had 160 confirmed kills in four tours of duty. Achilles sacked 23 cities in nine years and killed over 36 enemy soldiers in an afternoon. Achilles was a character out of myth, the son of a divine mother. Kyle appeared almost supernatural to both friend and foe. To the enemy he was the “Devil of Ramadi” while to his comrades he was simply “Legend.”

Great warriors are not just impressive but terrifying. Neither the Iliad nor American Sniper pulls any punches about their hero’s gory deeds on the battlefield. Achilles in combat was a terrible sight. As Homer writes:

Then fierce Achilles, shouting to the skies

And then Achilles attacks:

Fierce as he springs, the sword … [the Trojan’s] head divides:

With loud-resounding arms he strikes the plain;

Like Achilles, Kyle was a killer. Their styles were different, of course. Achilles was angry and passionate while Kyle was cool and deliberate. Yet the results are equally gory, a catalog of bloody deaths. Kyle’s victims include at least one woman and one child, each poised to attack American soldiers.

With such disturbing scenes it’s not surprising that the film has drawn criticism, and not merely because of the unpopularity of the Iraq War. Yet Kyle was protecting American lives. In our dangerous world, free and peaceable societies need killers to protect them. But the reality isn’t easily faced.

Kyle had another side: he was also a family man. In that sense he is less like Achilles than Hector, Achilles’ rival. Son of King Priam, the Trojan Hector emerges as the most sympathetic character in the poem. Hector comes back to Troy from the battlefield to see his family. His meeting with his wife Andromache is one of the Iliad’s emotional peaks. Andromache tries to persuade him to stay and protect his family rather than go back to war:

“Too daring prince! ah, whither dost thou run?

Ah, too forgetful of thy wife and son!”

But Hector puts duty and honor first. He replies:

How would the sons of Troy, in arms renown’d,

And Troy’s proud dames, whose garments sweep the ground

Attaint the lustre of my former name,

Should Hector basely quit the field of fame?

Hector returns to the war zone.

Kyle too comes back from the battle in order to visit his wife and children. But like Hector, he is uneasy yet eager to get back to the fight and his comrades. Like Andromache, Kyle’s wife Taya struggles to get her husband to put his family first. It’s a moving effort if, for a long time, a losing battle on her part.

In the end, Achilles kills Hector. After first brutally mistreating his corpse Achilles then recognizes the tragedy of his death, seeing his own fate in his enemy’s. So he allows Hector’s body to be returned to his family for cremation.

The relationship between the movie and the poem are of course, inexact. Although the film makes great strides in humanizing the enemy, it offers no Iraqi Hector. It comes closest in the character of Mustafa, the Syrian sniper who rivals Kyle’s dead eye. We witness Mustafa’s intensity. We hear about his Olympic medal and see his wife and child. We learn, through his behavior and that of others, the seriousness of their commitment. But we never go very deep; we never see Mustafa’s moral development. Homer offers far more in Hector, but Homer sang about a war that took place five hundred years earlier in a half-forgotten age of heroes. The wounds of the Iraq War for those few doing the actual fighting and dying are still too raw to see the enemy as anything other.

Like the Iliad, American Sniper ends with a warrior’s funeral. For those who think the film’s phenomenal box-office success is only a rightwing, conservative phenomenon, consider this: the college town where I live boasts the bluest of blue-state audiences. Yet, when I watched the film in a crowded theater, I observed the movie-goers take in the film’s end in silence, stunned, sad, and, at least in the case of those around me, teary-eyed. People often bolt and start talking the moment a film is done but, in American Sniper, it was nearly a minute before anyone moved. Such is the power of art to unite, even where politics divides.