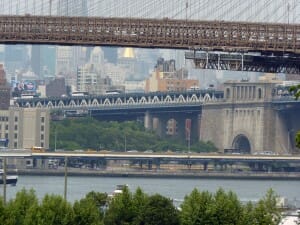 New Orleans is soaked with water. Tampa is full of hot air — and that’s just the press. Actually, with so many of them holding their mouth in a permanent sneer, it’s a miracle that they get the air out.

Case in point: I tried to find a transcript of Rick Santorum’s speech online last night. I watched it on tv and found it alternately eloquent, maudlin, and weird. Wanting another look, I googled it, only to discover scorn and a headline announcing that Santorum had his facts wrong. At least he had facts.

Chris Christie is a natural at the lectern and last night he did not disappoint. He didn’t say much, though. Come to think of it, that’s not necessarily a flaw in a political speech, especially when a person’s deeds speak for themselves, as Christie’s do.

But enough about verbal athletics. My subject today is a physical feat on the water. It took place in America long ago. Eleven score and sixteen years ago, to be exact. Okay, it was 1776, but I am referring not to July 4 but to today, August 29.

The place was not Philadelphia but Brooklyn. The people were not the Signers of the Declaration of Independence but the Continental Army. The heroes were not Thomas Jefferson and John Adams but John Glover and George Washington.

John who? The world has little noted nor long remembered, but it should. John Glover and a band of Massachusetts fishermen, many from the Marblehead Regiment that he commanded, ferried the remnants of the Continental Army across the East River. It was the night of August 29, 1776. Two days earlier, that army had lost the first great pitched battle of the Revolutionary War, the Battle of Brooklyn (more accurately labeled the Battle of Long Island, because in those days, most of what is now Brooklyn was called Long Island. Brooklyn has expanded at the expense of Long Island – who says there’s no such thing as progress?)

The Americans fought hard in defense of Brooklyn, but they were amateurs and outnumbered. The British troops and their Hessian allies were trained professionals. They both smashed and outclassed the opposition. The Americans suffered heavy casualties. The British came up to their defenses in Brooklyn Heights, opposite Manhattan.

George Washington was in overall command. He agreed, reluctantly, to evacuate his surviving troops, about 10,000 men, across the East River to New York. Fortunately, he had ordered the Massachusetts men to Brooklyn, along with every boat that could be found. The Americans had no navy of their own.

Fortunately too, an unfavorable wind prevented the British fleet from sailing into the East River and cutting off the retreat. And most fortunate of all, a fog rolled into Brooklyn to prevent the British from seeing the Americans’ departure.

All night long the Americans went, now sailing, now rowing with muffled oars and bent backs. They brought the soldiers, their horses, and most of their equipment too across to safety. When the fog lifted on the morning of August 30, the British discovered, to their shock, that the enemy had escaped.

Like the British evacuation of their forces across the English Channel from Dunkirk, France in 1940, it was all but a miracle. It was an American Dunkirk.

Here is a beautiful thought in this electoral season: at Brooklyn in 1776, George Washington was the last man to leave. He did not board a boat until everyone else had done so. No, this was not the George Washington of cherry trees and myth. The fact is that he really did stay to the bitter end. Washington showed true leadership.

It wasn’t the great men, though, who saved the Revolution. It was the fishermen of Massachusetts who rowed and sailed the army across to freedom. And so it is today. In this country, we have our heroes, but when you get right down to it, we depend on no one but ourselves. Whether you believe that We are the Change We are Waiting For, whether you joined the Tea Party, or whether you go your own way, you share that heritage. That’s what I love about America.