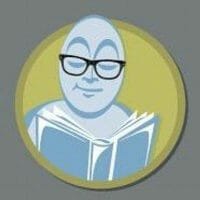 A Starred Review from Shelf Awareness

Writer Evan M. Anderson has written an excellent review of The Death of Caesar for Shelf Awareness which you can read below.

With his usual vigor, Barry Strauss (The Spartacus War) recounts the events leading to the assassination of Julius Caesar in 44 BCE, on the Ides of March (the date on the Roman calendar that corresponds to March 15). Having achieved preeminence in Rome after long military campaigns against both foreigners and fellow citizens, Caesar became dictator for life. Shortly thereafter, he was killed by the elite of Rome, who included many of his own friends as well as those he had recently elevated to important positions: “Conqueror, creator and dictator, Caesar was great but at least in the last stages of his career, not wise.”

The Death of Caesar: The Story of History’s Most Famous Assassination explores possible motivations for each of the chief conspirators and the blunders they made following the Ides. Strauss also seeks to establish the primary importance of Decimus Brutus (not to be confused with the more famous Marcus Junius Brutus) to the plot. Though ancient sources and scholarly records are mixed on the role of Decimus, the author makes a compelling case for his status as Caesar’s closest confidant among all the assassins, and the man with the most military power and experience necessary to help the conspirators survive the reaction to their deed. Mark Antony also gets a more positive appraisal than he has in recent scholarship.

Due to the dearth of sources, Strauss relies on lively speculation and imagination in a way that some readers might find excessive, but the opinions are informed and well defended, if debatable, and each key player comes alive.