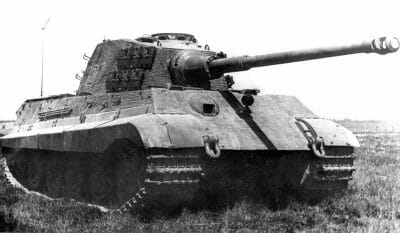 A Rumble of War 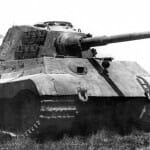 Spring 1941. A young man in a small town in Poland hears the constant noise. In little Staszów, 75 miles northeast of Cracow, you couldn’t miss it – the reverberation of German artillery and armored cars, driving through town night and day, riding through the market square and out Church Street toward the Golejów Forest, on the new road built by Jewish forced laborers, always heading eastward–towards Russia. So a survivor of the war, a native of the town, once told me.

Seventy-five years ago on June 22, 1941, the traffic that traveled that road and hundreds of other roads leading eastward, exploded into action. It was the start of the invasion of the Soviet Union by Germany and its Axis allies, the beginning of the greatest battle of the Second World War. The struggle ended only four years later in 1945 with the Red Army planting the hammer-and-sickle flag on the Brandenburg Gate in Berlin. By then, tens of millions of people were dead and much of Europe lay in ruins. Incidentally, in August 1944 Soviet tanks rode into Staszów and took the town after hard fighting against the Germans.

In hindsight we know what the rumble of traffic in the spring meant but in 1941 they could only guess. And so, some questions for us today in June 2016: what rumbles do we hear? And what rumbles are we missing? And in both cases, what do they signify?

Today we hear the blast of the massacre in Orlando but we debate furiously what it means, and whether the issue is jihadi terror or gun control. We hear the whistle of Russian jets buzzing a US plane and destroyer in the Baltic but are we aware of what they mean – of the extent of Putin’s ambition abroad, not just in the Nordic zone but also from Syria to the Straits of Hormuz? Further east, do we hear the rattle and drilling of China’s construction of artificial islands in the Pacific to dominate the sea lanes or the roar of North Korea’s missile tests to threaten South Korea, Japan and perhaps even our West Coast? How about the cries of ISIS’s fighters in Iraq or the screaming turbines of gunboats in the Persian Gulf? Or the thud of shovels digging graves for 250,000 killed in the Syrian Civil War? Whether heard and unheard, all these sounds are terrible.

Spring 2016. During the last decade the world has become much more dangerous. Perhaps we should be steeling ourselves for the deadly meter of a countdown. We don’t know what dreadful new June 22 we might be rumbling towards but we dare not ignore the warning sounds.