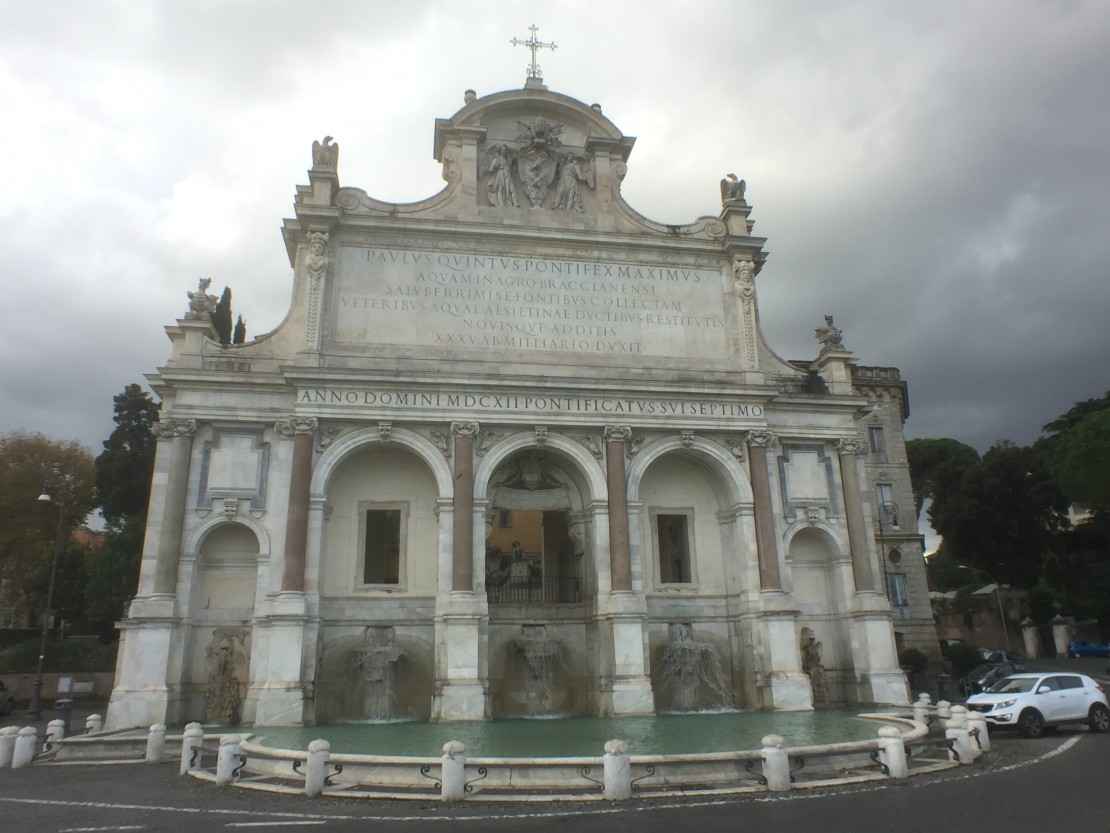 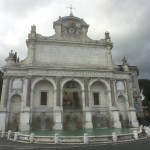 I have the privilege of spending a month living on a hill above one of the most beautiful cities in the world – Rome. My apartment window shows the dawn breaking on marble monuments, bronze chariots and winged victories, with the mountains as a backdrop. Around the corner stands one of the capital’s most beautiful fountains, built in 1612. The Acqua Paola or the Big Fountain, as the locals call it, is all baroque exuberance and arches, dappled with dragons and eagles and crowned with angels, as it brings water from a country lake and pours that water triumphantly into a turquoise-colored pool on the hill above Rome. It’s a favorite spot for bridal photos and tourist snaps and it made a splash (pun intended) as the site of the opening scene of The Great Beauty, the Italian film that won the foreign-language Oscar for 2013. 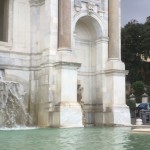 But my frequent trips past the fountain have a more mundane purpose. Just beyond its marble façade, out of the camera frame, are five bins for garbage and recycling. That’s where I head every few days, bringing out the trash and the recycling. I wonder what the tourists think if they notice me walking through their picture with a bag of empty bottles or household waste?

What possessed the city’s authorities to site a refuse and recycling facility next to one of Rome’s glories? Perhaps it is a nod to the old Roman saying, “to be worth as much as the Acqua Paola” – that is, to be worth nothing, since the water turned out to be of poor quality for drinking. Perhaps, but in any case, I am grateful, because the juxtaposition of grit and grandeur teaches a lesson. What a nice metaphor for the not-so-great beauty – I refer to America’s presidential election.

We’ve been told that the destiny of the planet hangs on the outcome of the vote. The moral failings of the two major-party candidates are a crisis, the media insist. The apocalypse is coming. 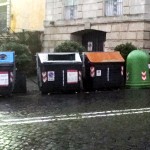 Somehow, I doubt it. The republic will go on whoever wins on Tuesday (or whenever the lawyers stop fighting). Grand as it is to think that our national obsession is that important, it’s just a drop in history’s bucket. Great events come and go and somebody still has to take out the trash. Is the election a monumental event? Maybe, but every monument has a recycling bin somewhere in the background.