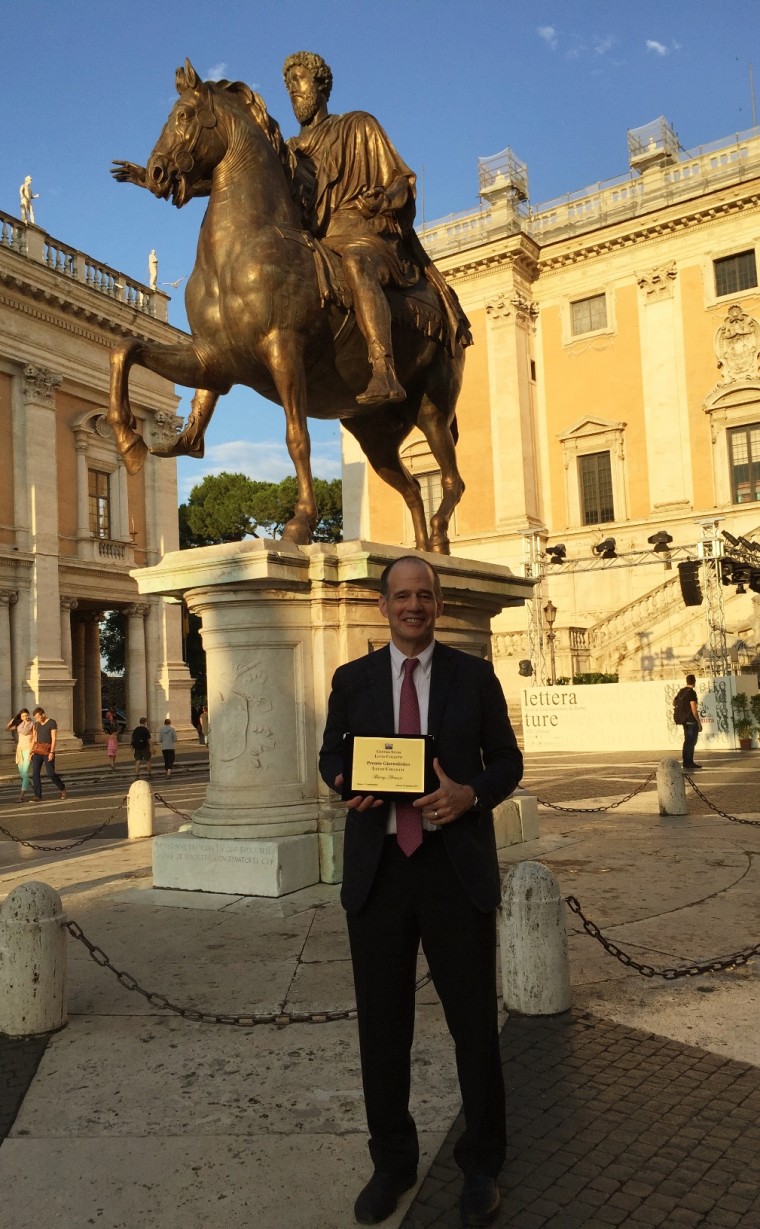 I’ve returned from Roma with the Premio Lucio Colletti in tow, as seen in the featured image. As for the city itself, beautiful as ever, spending my time with friends and colleagues at the Academy as well as eating delicious food and touring some previously unvisited archaeological sites. To all who haven’t been, Rome is a must for your bucket list!

Below is the full blurb on this year’s Colletti prize:

Professor Barry Strauss, Cornell University, was one of the winners of the 2015 Lucio Colletti Journalism Prizes. The prizes were awarded in a ceremony in the Pietro da Cortona Hall of the Capitoline Museum in Rome on June 20, 2015. Strauss won in the category of literature, in recognition of his work for popularizing ancient history in a series of successful and entertaining books; other categories included journalism, theater, memoir, and poetry. The Colletti prizes are awarded annually since 2007 by the Centro Studi Lucio Colletti, a non-profit foundation, licensed by the Italian government. The award was established in memory of Colletti, a major philosopher and politician, who passed away in 2001. The Lucio Colletti awards are granted to eminent intellectuals distinguished by their independence of judgment and critical mind for their accomplishments in the general field of intellectual communication; previous recipients of the prize include journalists Aldo Grasso and Vittorio Feltri, art historians Anna Maria Matteucci and Vittorio Sgarbi, philosophers Enrico Berti and Roberto Esposito, the director Francesco Rosi, the French poet Jacqueline Risset.