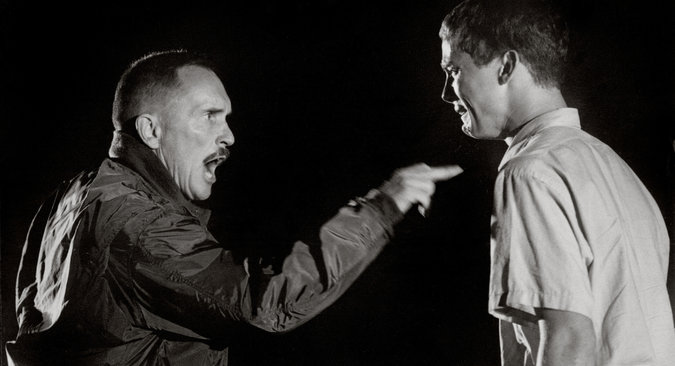 The weekend brought the sad news of the passing of novelist Pat Conroy at age 70. I mourn him and send condolences to his family. His books bordered on bathos but also on poetry. I love them. They evoke a sumptuous sense of place in South Carolina. And, from the moment I first read them, they spoke to me, as a Baby Boomer. They spoke of growing up in the shadow of a generation of giants that had won the war and of the pitiless jousting of fathers and sons.

Even if I had never read a word of Conroy I would have looked up to him for the movie version of The Great Santini (1979), which was based on his novel of the same name. Conroy co-authored the screenplay. Robert Duvall played the overbearing father with such intensity that he makes James Caan’s volcanic-tempered Sonny in The Godfather seem as mild as Walter Mitty. Thank you, Mr. Conroy. We won’t forget you.

But the weekend brought welcome news as well: the return of House of Cards, now in its fourth season on Netflix. I didn’t binge out; I’ve been moderate and have seen only three episodes so far. That was enough to show that the series has lost none of its punch or vinegar. Like Conroy and his leading men, the main character is a South Carolinian. As played by Kevin Spacey, Frank Underwood is a Lowcountry Corleone, a Machiavelli eating Frogmore Stew. His beautiful and dangerous Texan wife Claire (Robin Wright) is more than his match.

There’s enough family drama in House of Cards for a Conroy novel: between Claire and Frank and between Claire and her mother Elizabeth Hale (Ellen Burstyn), for starters. Also, between Texas Congresswoman Doris Jones (Cicely Tyson) and her daughter and would-be successor, Celia (LisGay Hamilton), two generations of an African-American family. Burstyn and Tyson are both veteran actresses who have won major awards and they make the camera stop whenever they speak. And for a moment they remind us that American politics has a grandeur that, these days, is, well, not always present.

And then the weekend brought sad news again, the passing of Nancy Reagan. The Former First Lady was 94. She was elegant and graceful and shrewd. She serves as a reminder of an era of giants. She deserves to be mourned and missed, with sympathy to her surviving family.

“The water is wide and he has now passed over,” said Conroy’s widow, the novelist Cassandra King Conroy. Meanwhile, as for us, we go forward, as Conroy reminded us. We come out from the shadows and make our own history.

Barry Strauss is the author of The Death of Caesar: The Story of History’s Most Famous Assassination, amazon.com’s #1 New Release in Ancient Rome Biographies, available in paperback March 22.