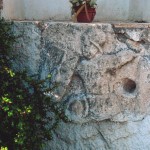 In Spartacus’s day, gladiators advertised by parading through town, displaying their fierce physiques and touting their records of wins and losses. Nowadays, states advertise by testing missiles and nuclear bombs and then peddling the results to a global audience. So, Iran and North Korea in the past week. Their weapons make them winners; the implied loser is the United States, the superpower that maintains the world order that these two states seek to change.

For the U.S. to respond to every challenge would be to play a losing game of tit-for-tat. Some tests, however, are too important to ignore. The U.S. would pay a high price, for example, if it failed to counter Iran’s rising power by protecting its allies in the Middle East, from Israel to Saudi Arabia, and from Egypt to Turkey.

That cost, however, pales beside the price of failure in Northeast Asia. Command of the Pacific is a pillar of American power and prosperity. America’s post-Second-World-War hegemony in the Pacific has depended on the support of Japan and the defense of South Korea (and Taiwan) in order to check Chinese expansion. But South Korea and Japan are the two biggest potential victims of North Korean nuclear weapons. Neither state is able to defend itself without a patron. Either they will find support from the U.S. or they will jump on a new bandwagon – China’s. There is also the danger that, when it comes to Japan and South Korea, American irresoluteness now will drag us into a war to defend them later.

To retain the confidence of Japan and South Korea, the U.S. must respond to North Korea’s challenge. With nuclear weapons in play, war is unthinkable. Economic sanctions and strengthened anti-missile defense programs, followed by tough negotiations, may be the best course.

United Nations resolutions are a good start. But, against missiles and nukes, words will be about as effective as they would against a gladiator’s sword.