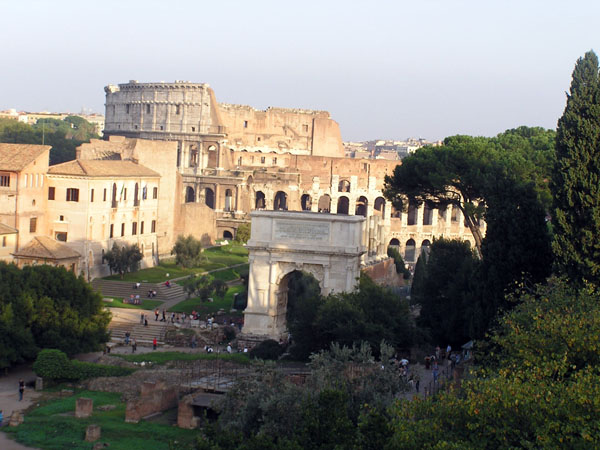 When American President Barack Obama and Israeli Prime Minister Benjamin Netanyahu meet in Washington, D.C. next week, the ghost of Rome will stalk the room. Although the Founders modeled themselves on the Roman Republic, Americans have long had an identity crisis: are they homebodies like Cincinnatus, who prefer the plow to politics, or tyrant-slayers like Brutus, who seek to strike blows for liberty? Israelis need no reminder that they live in the first independent Jewish state in the Holy Land since the Roman Conquest. They might not remember, though, that Rome once befriended the Jewish people; indeed Rome supported the Maccabean Revolt commemorated in Hanukkah.

All things human go through cycles, and American-Israeli relations are just one example. Currently, the United States wants Israel to accept the establishment of a Palestinian state while Israel wants the United States to put an end to Iran’s nuclear program. But the Netanyahu Government is dubious about the peace process and the Obama Administration is reportedly seeking a rapprochement with Iran. Allies and friends sometimes disagree.

“Ally and friend” – socius amicusque – is what the Romans might have called Israel in its relationship to the United States. (This was the relationship that Spartacus wanted to establish with Crassus, but the Roman indignantly refused.) No formal treaty binds the two but friendly ties and a series of mutual understandings are implied, with the acknowledgment that one state – the United States – is the stronger power. Scholars call this a patron-client relationship. So it is, but as the Romans believed, it is not a one-way street: patrons have obligations to their clients too. And as the Romans could attest, clients have minds of their own. (The Latin for headache is capitis dolor.)

Before his visit to Washington, Netanyahu has met with other American friends in the Middle East, President Mubarak of Egypt and King Abdullah of Jordan. They are Netanyahu’s friends too, and it is widely thought that Saudi Arabia is also part of this friendship. Reportedly, all four states share a fear of Iran.

That Israel, Egypt, and Jordan (and perhaps Saudi Arabia) are friends is worth a Latin exclamation: mirabile dictu, “remarkable to say!” As for the meeting in Washington, consider this adage: amicus certus in re incerta cernitur, “a true friend is discerned in an uncertain matter.”